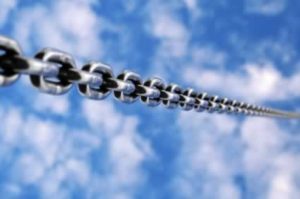 Supply chain is defined as a network composed of factories, suppliers, retailers, etc. that supply to each other raw material, components, products and service. supply chain management means the design, planning and control of the information flow, movements of goods and money with view to strengthening competitiveness.

While logistics is not a new thing, supply chain management is comparatively a new idea. it was first put forward in the 1980s on the basis of experience and lessons from the past practice.

Ford Motor Company is a case in point. Henry Ford envisaged a totally self-sufficient industrial empire. In River Rouge, just southwest of Detroit, Ford developed a huge manufacturing complex that included an inland port an intricate network of rail and road transportation. Ford’s objective was control. To achieve this goal, he set out to develop the world’s first complex vertically integrated firm.

To ensure a reliable supply of materials Ford invested in coalmines, iron-ore deposits, timberlands, glass factories, and even land to grow soybeans used to manufacture paint. Ford’s commitment to self-sufficiency extended to buying 2.5 million acres in Brazil to develop a rubber plantation he called Fordlandia. Ford’s imagination knew no bound. he even ordered a huge quantity of potatoes from South America to expplore the possibility of extracting alcohol in, of course, one of his laboratories, hoping that alcohol would one day replace gasoline.

Ford’s desire for control went beyond material and components. to transport materials to River Rouge and finished product to dealers he invested in railroads, trucks, and both Great Lakes and ocean vessels. the idea was to control all aspects of inventory moving from a network of over forty manufacturing, service, and assembly plants throughout the United States, Canada, Australia, New Zealand, the United Kingdom, and South Africa to dealers throughout the globe.

This was clearly one of the most ambitious vertical integration schemes, and Ford found he needed help. At the peak of Ford’s vertical extension the firm faced economic, regulatory, and labor union barriers that eventually required products and services to be provided by a network of independent suppliers. the key to effective marketing was finally found by developing a strong network of independent dealers. as time passed, Ford discovered that specialized firm could perform most essential work as well as or better than his own bureaucracy. in fact, these specialists often outperformed Ford’s own units with respect to quality and cost. Entrepreneurial firms soon became contributors to Ford’s network. over time, the Ford strategy shifted from owner ship based control to one of orchestrating channel relationships. the financial resources at Ford were shifted to developing and maintaining core manufacturing competencies. Ford found out that in the final analysis, no firm can be self-sufficient.

In the later part of the 20th century, Ford Motor Company began to rely on specialist logistics companies for logistics service.

Ford Fleet, for example, has been outsourcing its logistics from Excl, a world class leader in supply chain solutions, since 1986, as Ford Fleet found its transport cost was rising while profit diminished.

The problem with Ford at that time was that it had come under increasing pressure from industry over capacity and heightened consumer awareness. Ford’s purpose was to cut costs from the global supplier base, while expanding its role as a consumer organization.

With Exel’s support, Ford has realized significant benefits throughout its corporate sales divisions. This has included a 19% reduction in transportation costs over a period of four years. Proactive Fleet management has produced a six figure saving and has increased the overall utilization and therefore the in service potential of the demonstration fleet. equipping drivers with mobile phone has led to a reduction in aborted journeys from 7% to 2%. this produces a saving in terms of driver time and delivered miles on the vehicle. the financial savings for Ford from the efficiency actions taken by Exel have been complemented by an increase in the service levels to Ford’s customers. Exel is continuously improving the service offering through constant evaluation, development and innovation.